The 3D printer I have is a Geeetech Aluminum i3. I’ve made a few mods to it including the following: 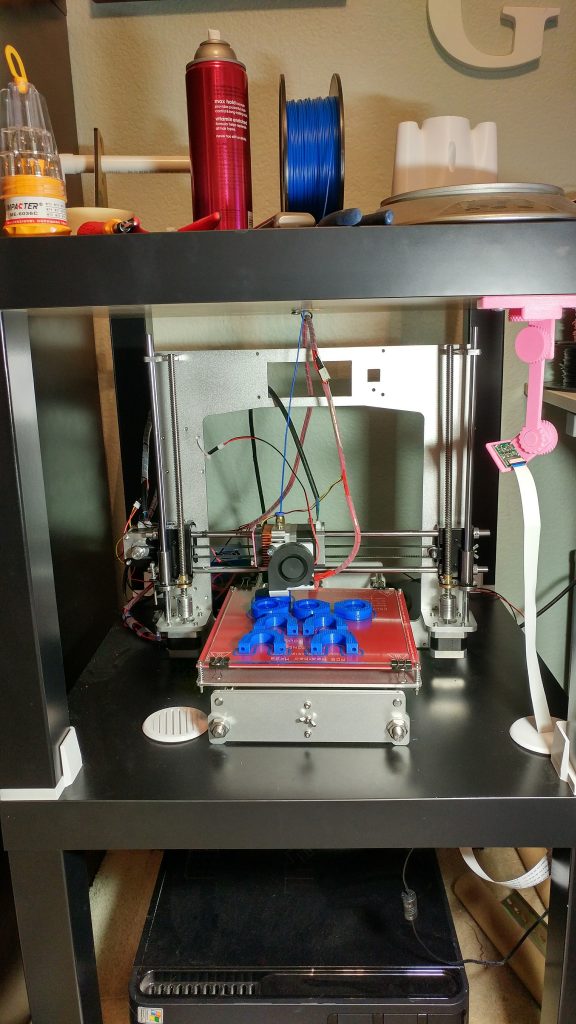 The upper LACK table is enclosed on 3 sides with 1/4″ plywood and the front has a piece of acrylic on hinges. I have a fan mounted on the back wall that is controlled by an arduino Beetle based on the temperature of the enclosure. There is a simple toggle switch to switch between PLA and ABS. The idea is to try and keep the enclosure at room temperature during PLA prints, but let it get up to 40-45C during ABS prints. Much hotter and anything printed in PLA inside the enclosure can start to warp. This is most noticeable on the pink fan guard on the side of the extruder.